The first edition of the race will have some changes, alien to the organization, referring to the route of some stages.

The route planned for stage 3, the Queen stage, will be disputed in stage 2 and the third stage will be played in the Bike Park of La Molina.

Bellver de Cerdanya, September 21, 2017. Following the instructions of the Catalan Traffic Service, which specifies the impossibility of organizing any event that involves cutting the public highway on Sunday, October 1, the organization of the race has redesigned part of the route and found alternatives that guarantee the celebration of the race with the minimum possible modifications.

The layout and the final length of the race will be 133 km. and 4,300 meters of climbing and the route of stages 2 and 3 will undergo some modifications, which we detail below:

- STAGE 1: Stage 1, corresponding to Friday, September 29, will not be modified anymore.

It will be a chrono stage, of 42.25 km and 1,284 m +, which will start at 2 pm. The first kilometers will combine tracks and paths. It will be the last third of the stage, from Olopte, which serves to mark differences given their technical and physical difficulty.

Participants must remain very attentive to the information that the organization will publish on previous days with the corresponding departure order after 2 pm. 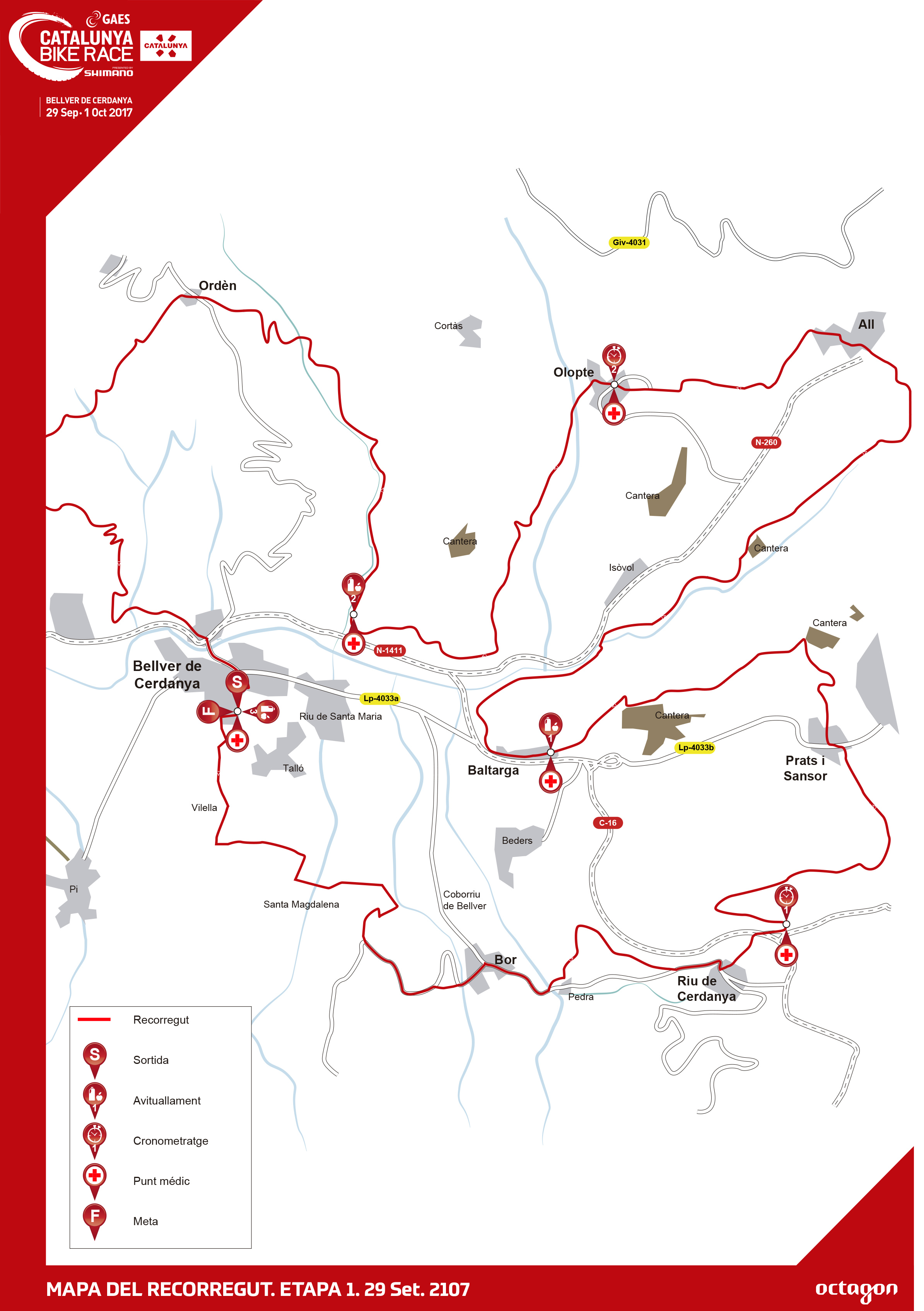 - STAGE 2: Stage 2, corresponding to Saturday September 30, will be the Queem stage of the race and will have the same route planned to date for stage 3. That is, the route of step 3 will go to step 2.

They will be 58.67 km and 2,563 m +, with a demanding ascent climb to the beginning, before a long and fun stretch of trail, both with descents and ascents. After this, the participants will go to Riu de Cerdanya to enter in the natural park of El Cadí. They will descend along paths before making the second major climb of the stage, and ending with a long and fun road that will end at Pi and from there to the finish line. 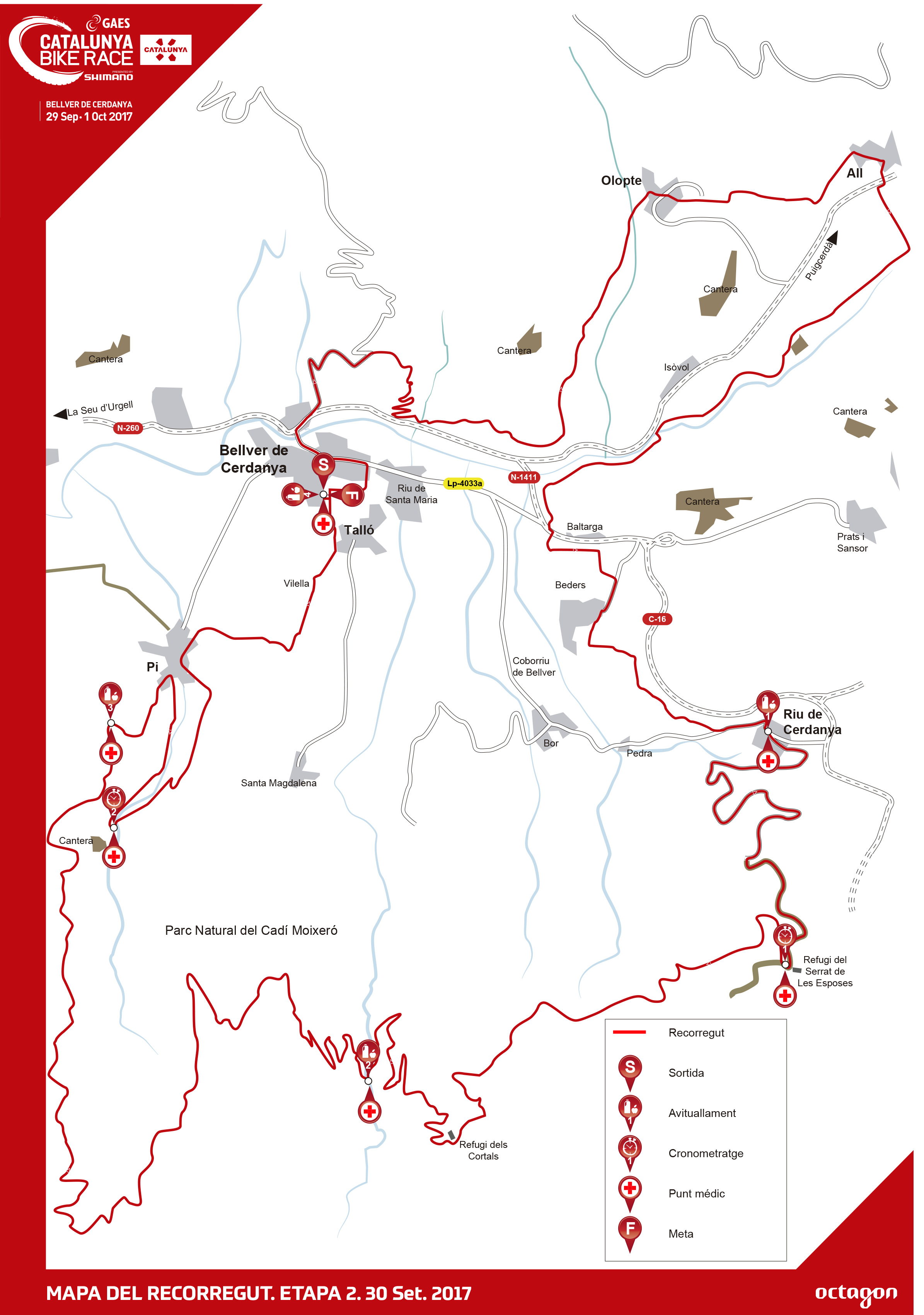 - STAGE 3: Stage 3 will be held at the Bike Park of La Molina, a private enclosure, very close to Bellver de Cerdanya, which guarantees the highest quality of the route. The new stage will be short and explosive. It will have a length of 28 km. and 1,250 meters of climbing.

The start of the stage will also be at 10 am and the awards ceremony will take place in the same area of departure and arrival. 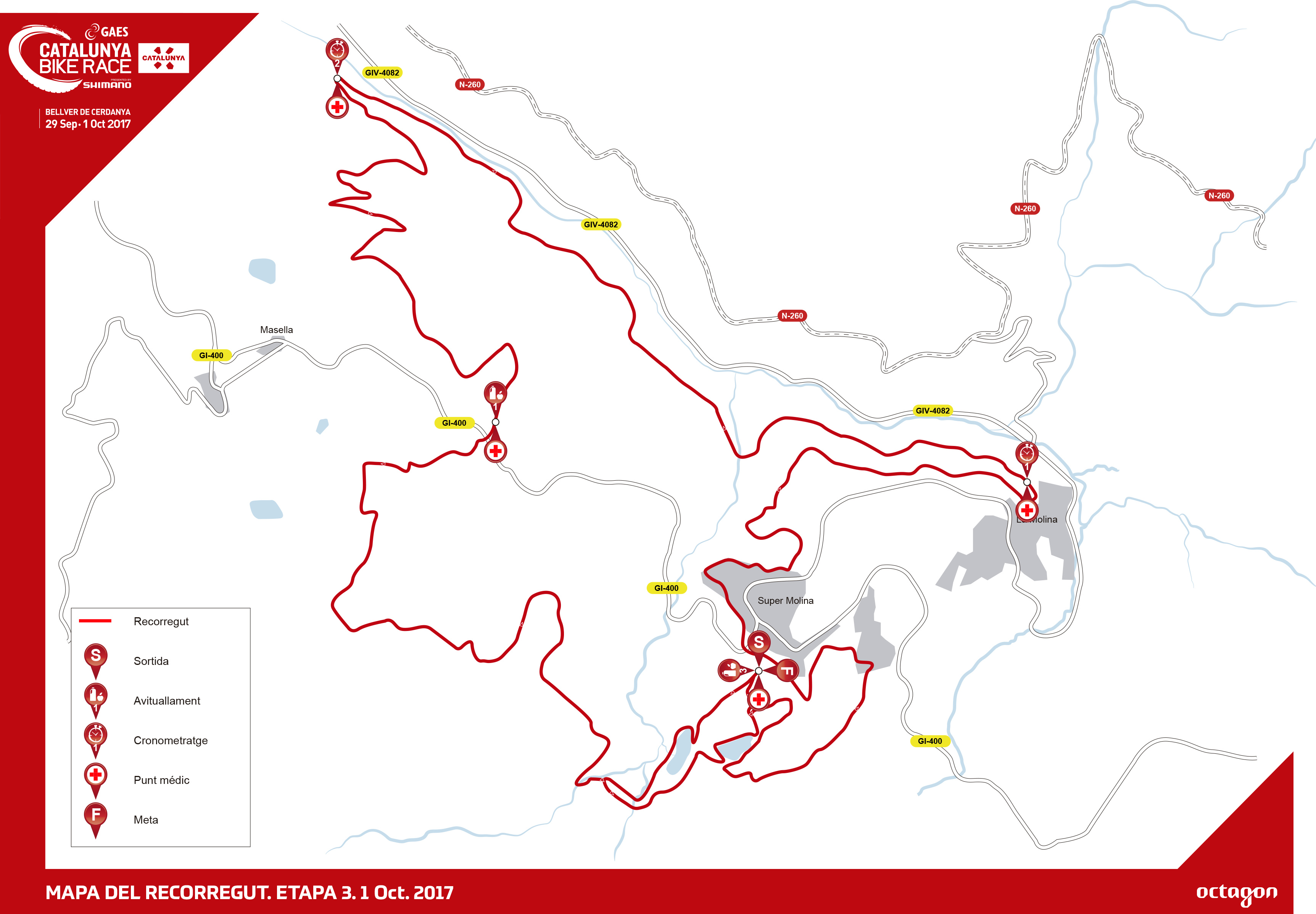 The definitive and updated maps and profiles can be found in the route section.

The organization of the race guarantees that all participants will have the same services originally planned (showers, official service Shimano, official Compex service, supplies, parking bicycles, etc.). It will also enable a free parking area for all those vehicles that travel from their hotels to the Bike Park of La Molina on the 1st of October.

The planned hours will also undergo slight modification. Full queries can be found in the schedule section. 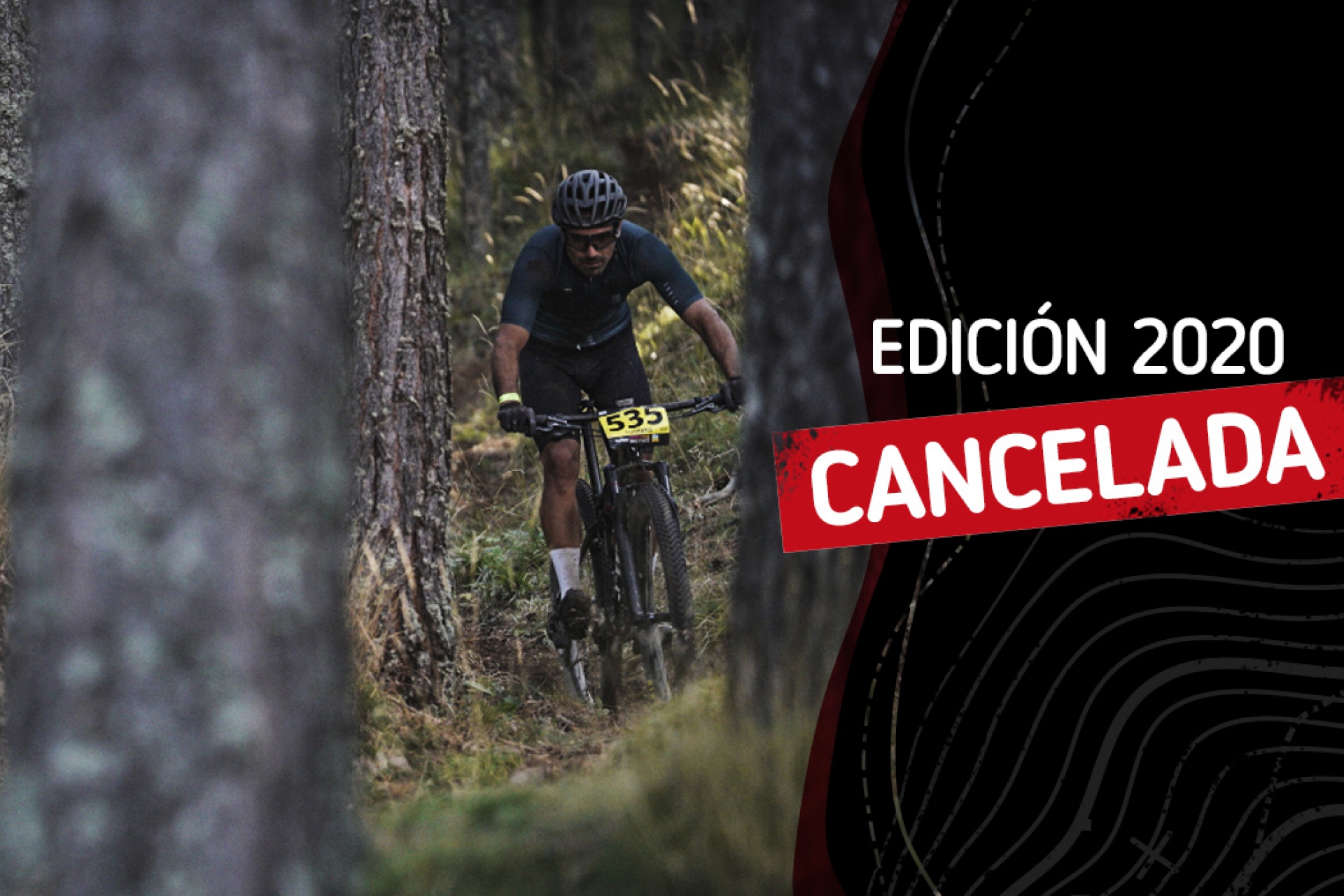 Catalunya Bike Race is postponed to 2021

Due to the current uncertainty caused by the Covid-19, we will return to La Cerdanya in 2021 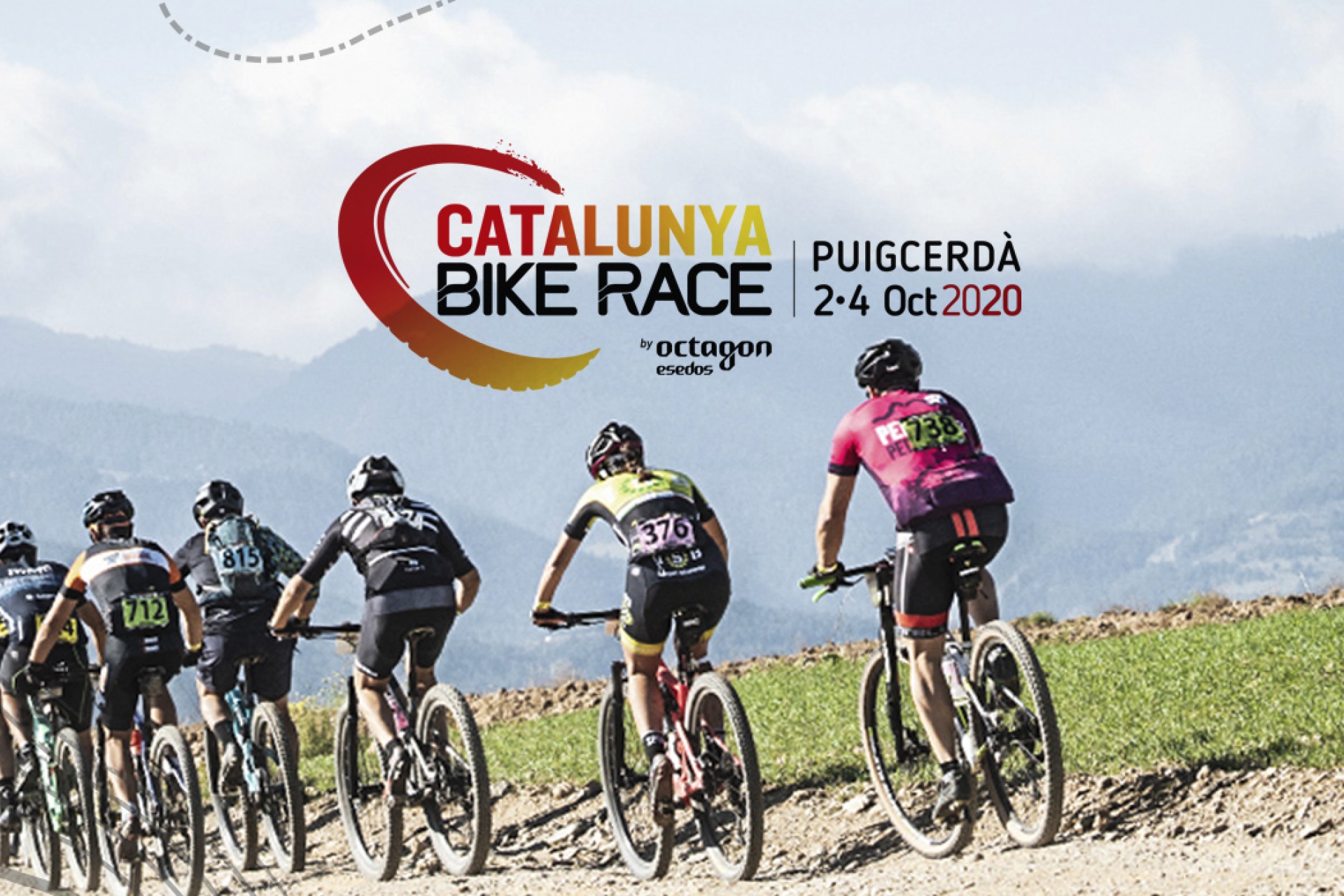